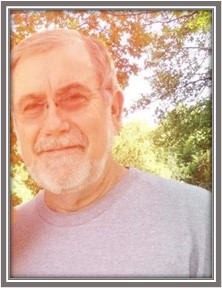 Augie was born July 27, 1949 in Dallas, TX to the late August Leighton Carnes, Sr and Bethel Clemmings. Augie started his lifelong career with General Motors Assembly Plant in Arlington, TX in 1969. He retired in 2006 as an inspector of final assembly.

Augie married Christy Rich on October 11, 2003 in Dublin, TX. Augie was a God-fearing man, loved the Lord and brought many people to the Lord. Augie hosted many bible studies from home, work, etc... In closing, he was known to say, “Now this seed is in you and now faith is.” Augie loved attending vintage tractor shows, car shows and loved watching the Dallas Cowboys. He had an amazing love for all animals, especially his 3 dogs! Augie loved listening to classic rock, The Moody Blues being his favorite.


Rest easy, Augie. You will be missed dearly by so many!

A service summary is not available

There are 4 photos available in the gallery

Augie,
Thank you for being a huge part of my life! Thank you for loving my kids as if they were your grandchildren! Your words of wisdom will be missed along with your gentle soul. We love you!
Amanda Cantu Rissa Contreras Tyler Cantu

2 Timothy 4:7–8 (LEB): I have fought the good fight, I have completed the race, I have kept the faith. 8 Finally, the crown of righteousness is reserved for me, that the Lord, the righteous Judge, wil
Terry and Diane Standefer

A Memorial Tree was ordered in memory of August "Augie" Leighton Carnes, Jr. by Terry and Diane Standefer.  Plant a Tree

A Memorial Tree was ordered in memory of August "Augie" Leighton Carnes, Jr. by Randy Stanton.  Plant a Tree